On felines and free will

“When did you become such an old cat lady?” I was recently asked (yes, on Facebook). I can’t deny it, somewhere along the line I seem to have turned into one. I’m not a total mad old lady, because I resolutely refuse to anthropomorphise my cats. I like them, but I don’t grant them much in the way of human attributes. Indeed, I relish some of the feline behaviour which would be highly immoral in humans, and often berate them for not bringing home enough half-dead animals to quietly torture. It will be a lie, though, to say that I don’t talk to them, quite often, and that sometimes they may even answer back. Some might call the claim that they talk anthropomorphisation, but as they only do it when there’s no-one but me around I have no evidence that it is not actually me putting on silly voices.

I probably shouldn’t even admit to the above, but it is relevant because of a conversation I had with one of them the other day, which was surprisingly thought-provoking, particularly given how tiny their little brains are, and how one of the manages to be a bit simple, even for a cat.

Here’s how it goes. In the mornings, when I feed them, I’m always amused by the habitual behaviour they exhibit. I come downstairs, and go to the kitchen to clear up the old food and put down new. At this point Bear often gives a plaintive and rather pathetic little mew, which is somewhat incongruent to the deep and rather plummy tones with which he speaks, if indeed it is him. Whilst I’m dishing out the new food, and moaning at them for not consuming all of the dry food, Bear will groom Suki. This apparently affectionate behaviour will then be negated by him pushing her aside to get to the bowl of wet food, leaving her the unpopular dry. I usually go and flake out on the sofa, with my iPad, to read emails and pretend that I’m starting to work. Bear will finish eating first, and return to his usual place on the table. Suki will then eat some of the wet food, and then immediately come and sit on me, for she is incapable of being around more than half a square foot of horizontal human flesh without going into purr and curl mode. What particular amuses me is that it is only when she starts purring that it occurs to Bear (who is, as noted, a bit of a divvy) that there might be some stroke action to be had and he comes belting over. Though I may provide a certain amount of comforting cushioning, I’m not a large man and there’s only really room on me for one self-infantilising feline. He is thus forced to either half-slump on me, or curl up next to me, taking second best.

So, the other day, I was laughing at him for being such a routinely unforesightful animal, and in general for the predictable behaviour they both manifest. I did admit to him, however, that it is this behaviour which endears them to me. I noted, as above, they do have tiny little brains, and that there probably isn’t room in them for sophisticated decision-making. In other words, it is the almost total absence of anything resembling free will which makes them so appealing. I have to confess that, given my rather patronising view of his brain power, Bear rather threw me a blinder by pointing out that this was precisely what he had been thinking about me. That my behaviour is comically identical most mornings, and that those few mornings when it varies it does so consistently, in that I come down later, seem more preoccupied with putting huge amounts of food and coffee in my own body than giving them any, snarl a lot, and am accompanied by a strange and not very pleasant odour. That what Bear and Suki appreciate most in me is precisely my lack of free will.

Let’s be clear here. I’m an atheist, a naturalist, and a determinist. I have long considered free will to be an illusion, albeit a very pleasant one. Given the unrepeatability of time, we have no evidence that the decisions we make could ever be otherwise. That we can imagine they were is no evidence at all. What is imaginable, contra the bizarre claims of people such as Platinga, should never be grounds for ontological assertions. The illusion of free will is useful, partly because it’s nice, and partly because it gives us a framework with which to assert moral norms. But what Bear drew to my attention was that precisely what I value in myself—my fantasy of undetermined decision-making—is precisely what I do not value in you. Yes you, dear reader. (I am presuming, as this is only my second proper post, that I have no readers yet other than those who I already know.) I realise that, for instance, it is exactly the fact that should I suggest a deviation from a previously arranged pub crawl Mr Bibby will inevitably call me a four-letter word that makes me love him so. That should Mr Clark ever turn up when he said he would, I would fall over in surprise. That my similar brother and I unchangingly have conversations which can roughly be divided into a third palpable nonsense, a third smut, and a third gratuitous over-intellectualisation. That Mr Lavelle infallibly gives as good rant as he gets. That the boy Eaton, when he deigns to be in the same hemisphere, is as loyal and grouchily affectionate as ever. That I can not see, or even talk to, Mr Shalgosky for a year or so and he still remains as contemptuously amused at me as he has been since we were eleven. And presumably, God knows what it is, there is some aspect of my intrinsically will-free and predictable behaviour that makes at least a proportion of those named (and maybe even a couple of others) value me. It can’t be that I feed you every morning. I’m pretty certain it is not for overlong waffle like this.

Personality, Bear helped me realise, is the exact opposite of free will. And I’m damn sure I know which I value more. 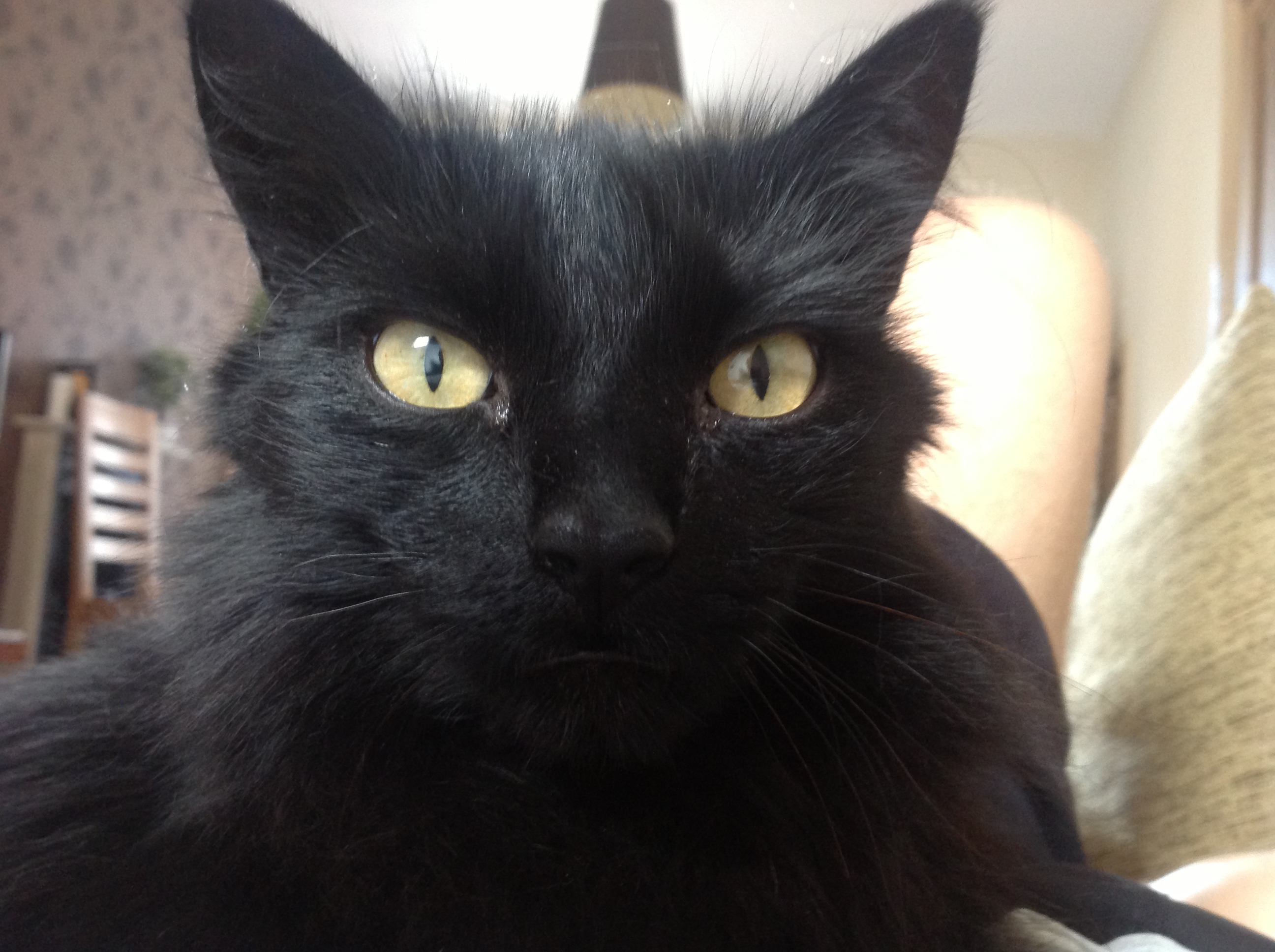