In which Fat Martin comes for lunch, and a theological debate ensues

Fat Martin Luther came for lunch here in Rio the other day. I served vermicelli, as I always do for him. “Why do you always feed me this rubbish?” he asked, after pushing it around his plate for a while. “Oh sorry, Fat Martin,” I said, “I forget you’re not so keen on a Diet of Worms.”

He gave me a long stare. “Nearly five hundred years, and that’s still funny?” he asked irritably. “And why must you always call me Fat Martin?”

“Well to be honest, Fat Martin,” I replied, “it’s because I’m amused by the contrast between your obsession with sin and the overt evidence of extensive indulgence in at least one of the seven deadly ones.”

“Popish superstitious nonsense,” he countered. “We are saved not by our works but by our faith.”

“That sounds suspiciously antinomian to me,” I admitted, “but actually that’s kinda what I wanted to talk to you about. This whole sola fide and justification business.”

“Well, I’ve been thinking a bit about the Euthyphro dilemma—”

“—The what?” he interrupted.

“Oh, don’t pretend you don’t know, Fat Martin. You did the scholiast stuff before you got all vernacular and protesty. Euthyphro, where Plato points out the definitional problem of an all-good omnipotent deity. Either good is defined by Him—that whatever He wills is necessarily good—in which case we can know nothing of Him, for His acts can be entirely arbitrary; or He simply always acts according to what is good, in which case there would seem to be something ontologically prior to Him—goodness—and His actions would appear to be bound.”

“Greek rubbish, fit only for the Schools.”

“How so?” Fat Martin was interested now. He may not have time for the Greeks, but he loves a good wrangle.

“Well, the whole concept of being saved by faith alone kinda requires that we know that God will act in a certain way. That is, He has promised, through His Son (who is also Him—always confuses me, that bit), that He will save those who believe in Him and His promise. You bang on about this quite a bit, you know, and often emphasise the nature of the promise. He has promised something, so we can have certainty that He will do it. This only really works if we accept the secondary horn of Euthyphro: because otherwise God could entirely renege upon His promise, and that would be fine because He is God and if He reneges on His promise then this is necessarily good. For sola fide to work, and for us to be able to know it will, God must be bound by what is good, and what is good must be accessible to human reason.”

“Well, there’s a problem, then, when we get onto the distribution of this. Because not everyone believes, not everyone will be saved. Fair enough, but you also insist—actually, quite correctly—in the absence of freedom of the will. You got into quite a spat about this. The saving belief in God is not taken by the individual as a freely-willed act, but is granted, by the grace of God. But then we come into a problem, because of the apparently arbitrary distribution of this. It seems resolutely unfair, doubleplus ungood, that people are not saved by their merits, or by their works, but by the whim of the deity. All people are necessarily equally deserving of hellfire, yet God selects some but not others to be given the saving grace of belief in Him. Doesn’t this require the exactly opposite view of the dilemma? We can only reconcile God’s goodness with this arbitrary allocation of grace if we accept that whatever He does is necessarily good, and that we should not attempt to reason about his acts using the human understanding of goodness. So which is it? If I cannot rely on God not acting arbitrarily then I can have no grounds to believe His promise; but if He cannot act as He pleases, how can we understand the random allocation of grace?”

Fat Martin was silent. He’s well known for his temper, and I worried he might be building up to a paddy. But eventually, slowly, he spoke. “I never thought of that,” he admitted. “You kinda got me there. I suppose I’d better take it all back. The whole shebang.”

“It’s a bit late for that now, you know,” I said as I passed him the bread.

He chewed it thoughtfully. And then suddenly gagged, coughed, and, red-faced, spat out two Brazilian coins which were buried in the dough. “What is this?” he shouted, perhaps relieved of an excuse to rant. “Are you trying to choke me?”

“They’re a gift for you,” I answered.

“Do you usually give gifts like this?” he inquired furiously.

“I’m sorry, Martin. I thought you were a fan of the Real Presents.”

Fat Martin stared at me again. “Fuck you,” he said, eventually. He does have a potty mouth on him, does Fat Martin. 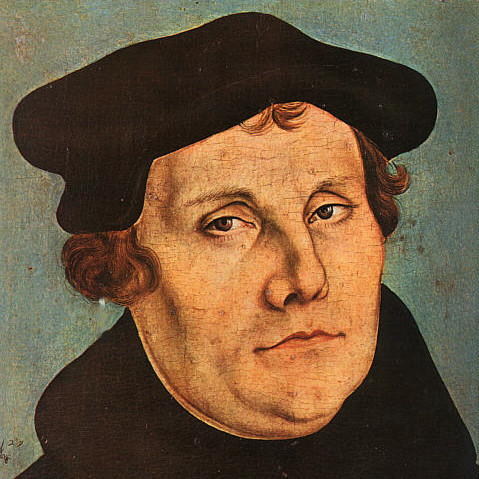 Fat Martin is not amused.