The new government of Brazil, under usurping president Michael Temer

Do you remember George Speight? In 2000 he usurped Fijian democracy, nominally standing for indigenous rights, but by a strange coincidence he was also an undischarged bankrupt about to face court proceedings.

Or how about Pervez Musharraf? In 1999 he usurped Pakistani democracy, purportedly fighting corruption, but he had also just overseen the disastrous Kargil operation and was facing calls to be court-martialled.

Hell, do you remember Gaius Julius Caesar, who usurped Roman democracy supposedly to restore order to the empire, but who was about to lose his consular immunity and face repeated Senatorial prosecutions for exceeding and ignoring their military instructions?

And now? Now a man facing charges of taking bribes worth $40 million, pillaging of state assets, and money laundering is firmly on his way to removing a democratically-elected president accused of a bit of creative accounting, in the name of the family and God, of all things. Congratulations, Eduardo Cunha. Welcome to the dismal brigade of self-interested, power-hungry, democracy-screwing arseholes. 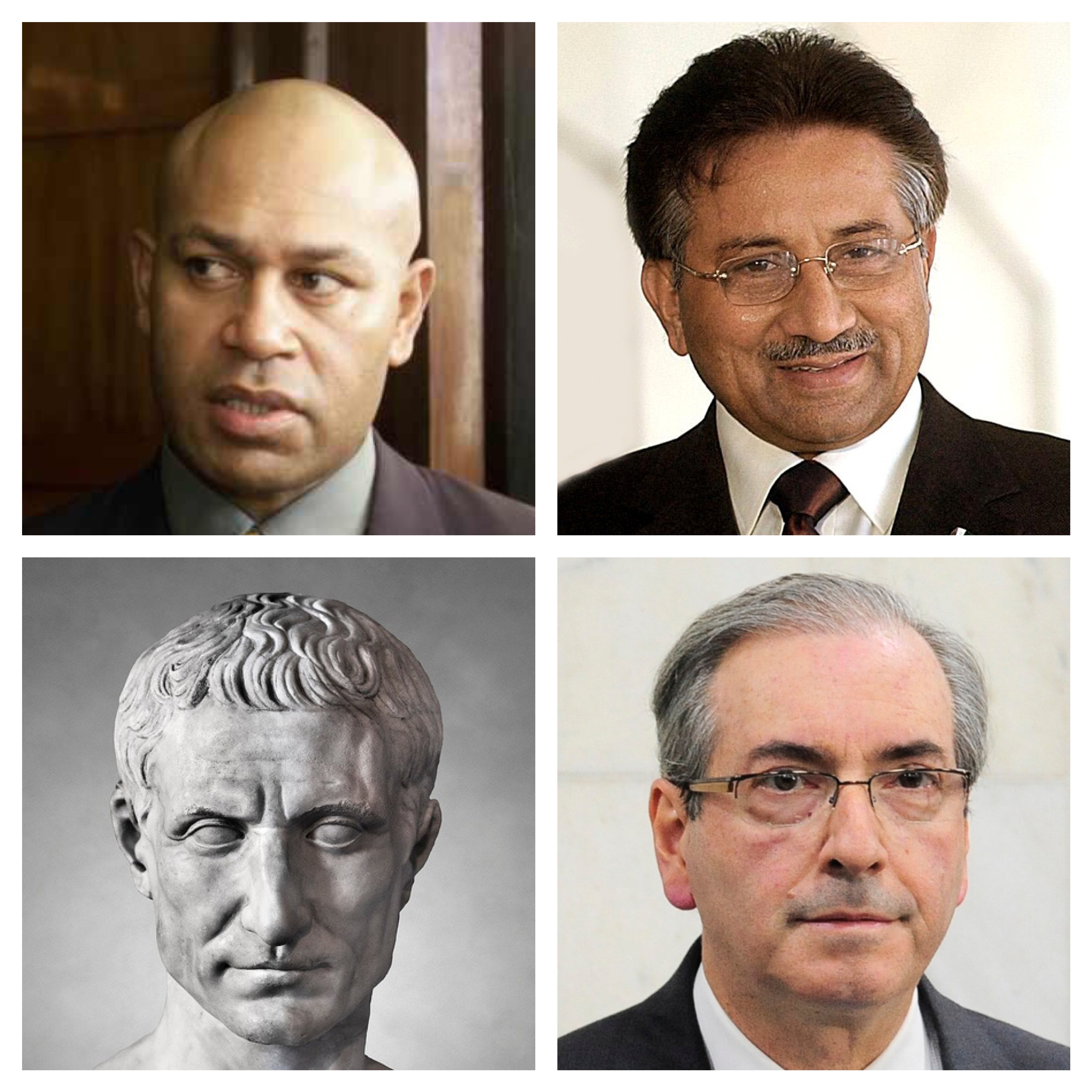 Being narcoleptic, the punctuated model works best for me, as it allows downtime for a recuperatory doze mid-session. As yesterday was a feriado here, it seemed rude not to have a couple of after-lunch caipirinhas, a trajectory which clearly could not be maintained through to the small hours of the morning. Careful application of the punctuated model resulted in, twelve hours later, a pleasantly woozy end to the evening on the beach with a bunch of friends, a guitar, and a bonfire, singing those slightly saccharine but catchy tunes which seem to fall off the pens of Brazilian songwriters almost as if—well, almost as if carousing sentimental melodies on a beach till the small hours of the morning was one of the simplest but greatest pleasures of life.