The other day I was staying at the flat of a friend and, as he handed over the keys, he apologised for the apparent mess. The general needlessness of this apology to me of all people (see above, floordrobes) does not require mention; and his mess in particular was wholly forgivable, as he was in the process of building a pantry.

Pantries, even those partially-constructed, are never to be apologised for. Pantries are awesome, and I encourage you to relish them, not to mention to put your relish in them. Pantries, properly used, not only keep your butter at a usable temperature and allow your veg to gently ripen, but they spontaneously generate all manner of bizarre and exciting foodstuffs for you to gaze upon, occasionally sniff, and — if you are very brave — to sample.

When I was a lad my grandparents’ house, I recall, had a pantry, and any childhood excuse to nose in there was seized with ardour. The very front of it may have been in regular use but then, beyond a certain point marked by Spam tins, one entered a veritable Narnia of antique and glorious items. Sardine cans with keys that seemed solely designed to rip the thumb off their wielder whilst leaving the lid unscatched nestled against tins with labels like Mrs Sprogget’s Easy-Cook Tripe, Hackney Jack’s Jellied Eels, Fetid Onion Relish, and Thrupenny Meat Essence. Half-used packets of powdered custard glowered menacingly from a musty corner, and strange organic smells layered themselves through the air. Tubers of differing types that had fallen to the floor had, abandoned, performed strange and unholy acts of cross-fertilization, with the resultant species slowly evolving into gnarled, facelike roots that were clearly forming their own restless protoconsciousnesses. It was mysterious, arcane, and thrilling.

In fact, when I was very young, we had a pantry of our own in my house, which my parents had demolished for the unforgivably trite reason of moving the back door. “Oh! You scoundrels!” my youthful brain yelled furiously at my parents: “How, how can you do this to me? Do you not know how brittle the fingernails with which one clings onto the ledge of middle-class respectability? How easily they may break, and leave us falling into the chasm of pantryless oikdom, where butter is served hard from the fridge and tubers grow bored and lethargic in darkened cupboards? And you have willingly—willingly, I say!—destroyed this treasury for what? To move a fucking hole from one bit of a wall to another!” We all must learn, one day, that our parents are not infallible superbeings, but are flawed humans like the rest of us: and oh, how bitter that discovery when it came via the wanton destruction of a faultless larder.

After my stay in the home with the laudable, newly-constructed pantry that, in years to come, will be spawning its own occult foodery, I had a brief trip to pantry heaven, in the listed, thatched farmhouse of a different friend, whose pantry rises to levels of magnificence that leave me lost for words. Formed by walls so thick that it can back onto a fully-blasting oil-guzzling Aga, yet remain cool and still inside, accessed by an oak door with an old-fashioned latch, and made up of two separate rooms, one of which boasts a dusty and impressively full ceiling-to-floor wine rack, the pantry in Lavelle Lodge is a true work of art, and I could have stayed in there for many an hour, were it not for a more pressing need to drink gin and run over innocent pedestrians in morally suspect games on the XBox.

Pantries are what distinguishes us from beasts. The lion stores not his kill in a cool, dry place, but leaves it for the jackals and vultures. The jaguar, it is true, is onto the right idea; but until such a time as they construct a true pantry, I shall grant them no self-awareness or spirit. The Soul of Man was forged in his pantries. 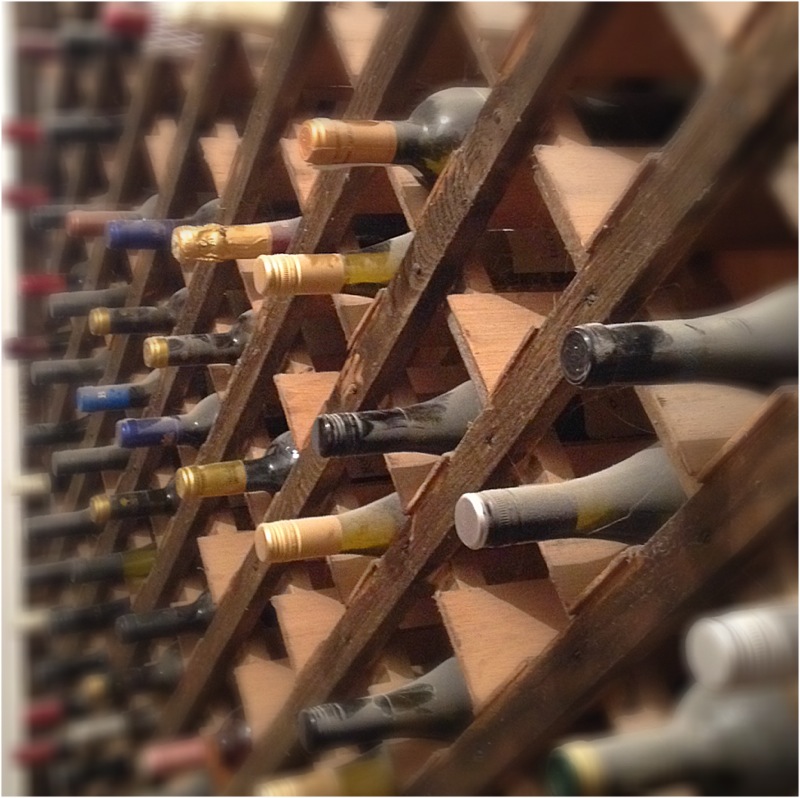